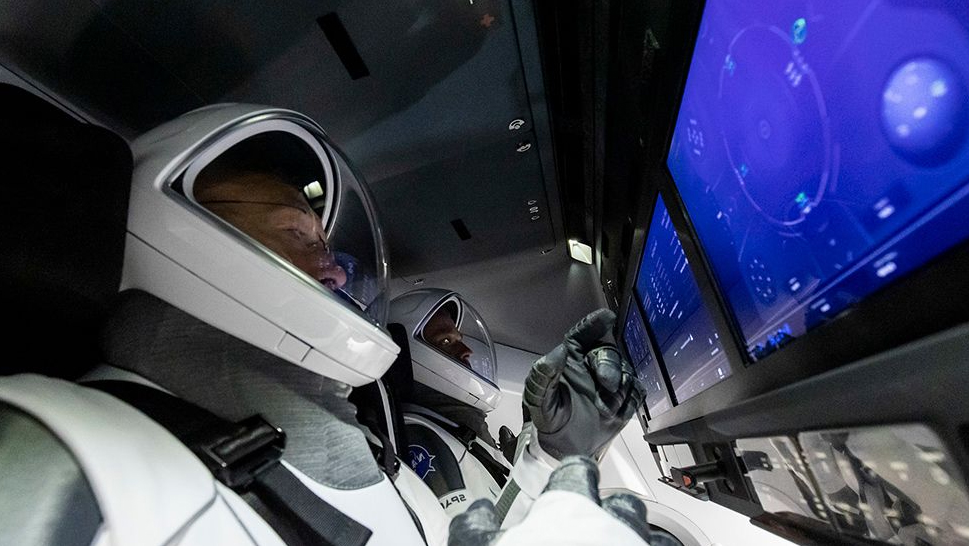 .
This weekend, two NASA astronauts successfully launched into the Earth’s orbit via SpaceX’s Crew Dragon spacecraft. What we’re even more impressed about is their choice of music on their space travels! On the way to the launchpad at Florida’s Kennedy Space Center, astronauts Bob Behnken and Doug Hurley listened to AC/DC’s “Back in Black”. Then the next day, they kick started the day with Black Sabbath’s “Planet Caravan” as they headed towards docking at the International Space Station, reported Space.com.

We want to know what else is on their playlist!

The classic metal track features appropriate lines like, “We sail through endless skies/ Stars shine like eyes/ The black night sighs.” Behnken, in particular, is a huge fan of rock and metal, as he previously woke up to Tool’s “Parabola” during a 2010 Space Shuttle mission.