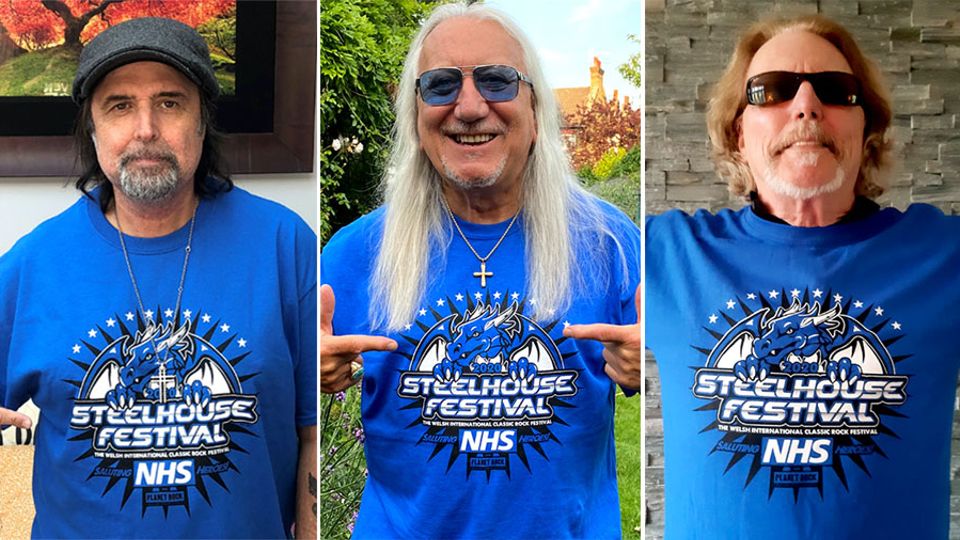 All proceeds from sales benefit the NHS Royal Gwent Hospital’s Intensive Care Unit, which is based in Newport, Gwent – Steelhouse Festival’s native county.

The limited edition t-shirt costs £25 (plus delivery) and goes off sale on Sunday (5th July). Some rock stars associated with the festival have shown public support to the initiative.

The legendary Scott Gorham of Thin Lizzy and Black Star Riders and a friend of THE ROCK said: “This is a great idea and I fully endorse it. I ask everyone to go buy a t-shirt so we can help the Newport Royal Gwent ICU. Let’s be part of the solution and help all our friends at the NHS who are doing such a great job.”

Steelhouse Festival organisers Mikey Evans and Max Rhead conculded: “It was with heavy hearts that we had to postpone this year’s Steelhouse Festival, but at least with this initiative we’ve managed to get something positive out of the situation. Thank you to everyone who has so far bought a Steelhouse NHS Heroes t-shirt and also to the band members who have taken the time to get on board with this, wearing the shirt and recording their videos…Diolch yn fawr iawn.”