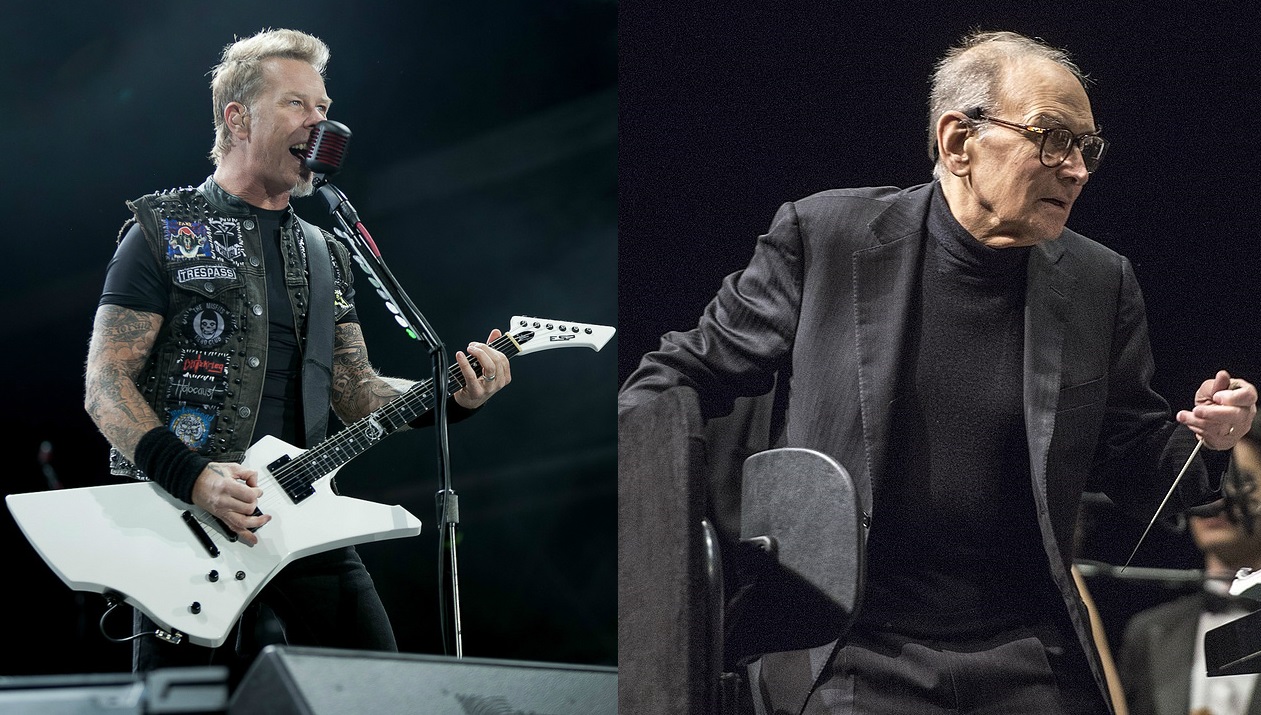 You might recall that ever since the Kill ‘Em All Tour way back in 1983 – Metallica’s first major tour – the band have played Ennio Morricone’s ‘The Ecstasy of Gold’ as their audio introduction at every live show.

He wrote: “The day we first played “The Ecstasy of Gold” as our new intro in 1983 it was magic! It has become a part of our blood flow, deep breathing, fist bumping, prayers and band huddle pre-show ritual ever since. I have sang that melody thousands of times to warm up my throat before hitting the stage. Thank you Ennio for pumping us up, being a big part of our inspiration, and a bonding between band, crew, and fan. I will forever think of you as part of the Metallica family.
R. I. P. Maestro Morricone 🙏🏻
With respect,
James ‘papa h’”

Hetfield revealed in a past interview why they used ‘The Ecstasy of Gold’: “Originally we had a really dreadful tape as our intro. Just the sound of a heart with the beat getting faster. Rubbish. Then our manager at the time came up with the idea of replacing it with ‘The Ecstasy Of Gold’. And from the first time we used it, something happened. It just set us up for the night, and got the fans excited.”